Escape rooms like almost everything else are rated according to how much tech or how “smart” the room is.  Escape rooms usually come in generations, so you have generation 1-4 of escape rooms. What does that mean? 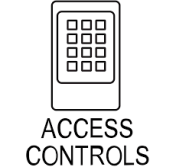 Generation 3 escape rooms rely on a lot of technology that basically means that most if not all of the room has some form of tech, like pushing buttons in a certain order, sensors, etc.  In some rooms the tech that is in it knows where the players are in the game and can adjust accordingly. Although still not considered a “smart” room that runs basically by itself, it is close.

The future of escape room puzzles is the “smart” room.  Everything would be tech and basically you would not need a game master, the room would automatically run.  This type of room might include virtual reality (VR).

So, which type of room is best?  It depends on the person, I am not against tech, but personally I think that setting an item on an area to open a lock is not really that challenging, but for some people this is what they like and it excites them when they figure this out. I have also been in many rooms that the technology did not work and the game-master had to either manually open it or tell you what the next puzzle is and bypass it altogether.

Escape games were made from the electronic games, like the ones on a computer or on your phone.  It seems that each generation of escape games gets to be more and more like the computer games. I don’t see the point in doing a live escape game with lots of tech, if I want that type of game, I will play one on my phone for a cheaper price.  I also like the idea of people working together, if a room is all tech, it is basically like playing on your phone, you are not working as a team, one person is figuring out where to place a vase while another is pushing buttons.

I guess you can say that overall I prefer generation 1 escape games, again I am not against technology, I just think that playing a live escape game should not be like playing on your phone, it should be people working together to accomplish a goal.

Please have everyone in your party sign the waiver BEFORE you arrive!